Ever since it was established in 1989, Fundilusa has never stopped growing: its propellers are now sailing all over the world. Just in its first decade of the 21st century, its turnover increased eight fold. With an annual capacity of 900 propellers, 1,800 blades and 250 hubs, caps, covers and other components, the company has succeeded in establishing a position for itself as a leader in the marine industry for a broad type of solutions for FPP and CCP systems.

A success which is an acknowledgment of the work, efforts and the perseverance needed to achieve a single objective: being leaders as a result of quality and dynamism. In an example of determination and commitment, the company has been able to establish itself based on the values of efficiency and cohesion, until turning into what it has become nowadays: a company willing and prepared to always be at the forefront. Only thus can the best possible results be achieved, anywhere in the world. 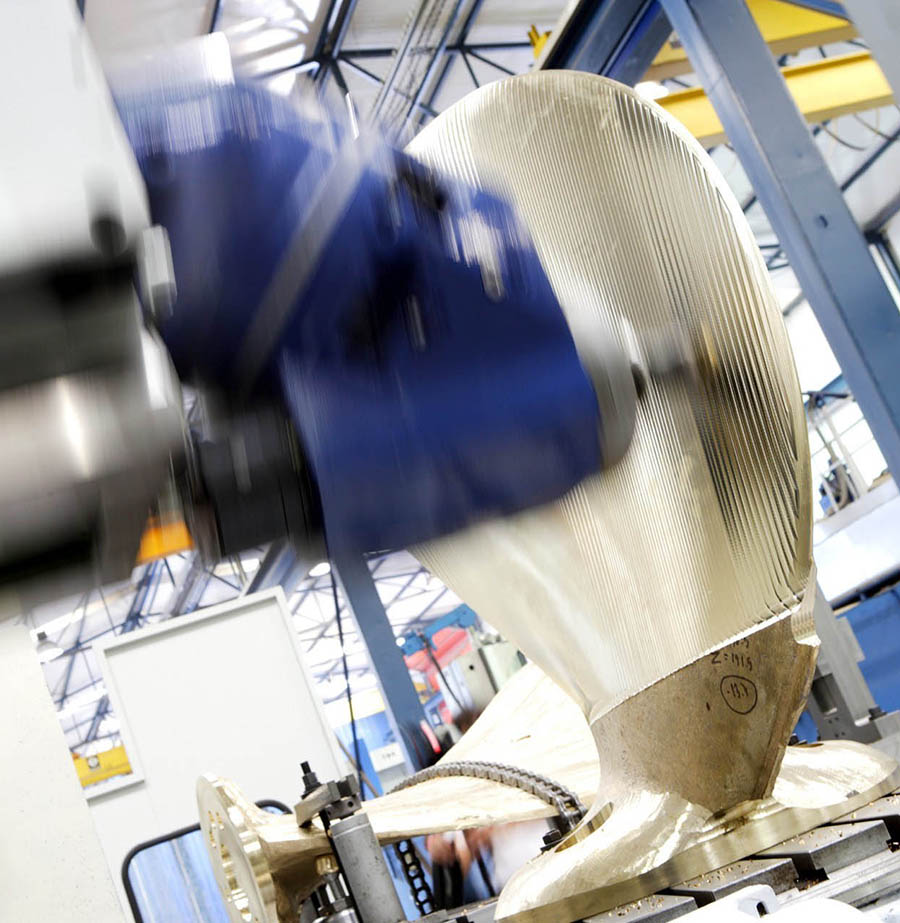 Fundilusa has the operational response capacity resulting into a immediatel reaction to the changes in the market and its interactions with clients.

All the Group’s subsidiaries operate in a coordinated fashion to adapt themselves to different kinds of projects managed from the parent enterprise. Our innovative productive system, apart from monitoring the influx of raw materials to the main factory, also develops the capacity to re-orientate our type of production and fully focus it on urgent projects. Thus, opportunities are maximised, reducing risks and being more efficient in global terms.

Fundilusa's philosophy is clear: a sustainable partnership relation and loyalty through Long Term Agreements (LTAs), where we become a major asset of those agreements, providing the highest possible protection and support from our side in terms of quality and delivery.